In this article I attempt to decode the barcode used for PnP’s “Super Animals” cards. It was done mainly as a learning exercise, and to play some sounds for my 2 year old son with the scanner. Scroll down to the bottom if you’re only interested in the generator.

EDIT 2017-04-25: Just a quick note, this generator also works for the newly launched ‘South African Super Animals’ campaign, you just have to add 108 to the card number.

Pick n Pay recently launched a “Super Animals” campaign. When you spend a certain amount of money, you are awarded cards. Each card has a picture of an animal on one side and a barcode on the other. They also sell card reader that plays the sound the animal makes when you scan the card. There is also a phone app that scans the front of the card, but this post is only about the barcode and barcode scanner.

Here is a photo of the card reader, with a card in the scanning slot. On the front of the card there is also a number. This card, “Koala” is card number 19: 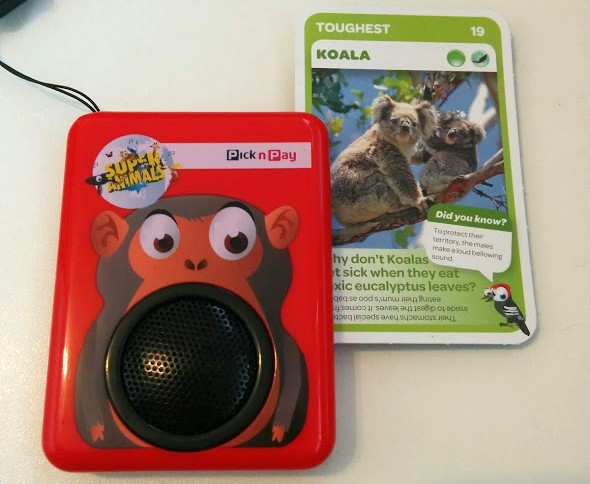 The back of the card, showing the barcode: 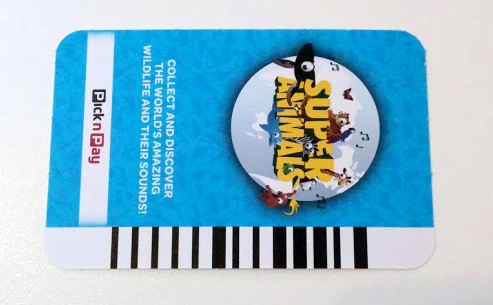 The barcode has 13 lines, each representing one bit. A thin line is “0”, and thick line is “1”. Let’s assume the bottom of the card represents the first bit, since that is the first line scanned.

I compared quite a few cards and noticed the following:

Now we know the purpose of each of the bits in the barcode:

And finally, we can use this information to create a barcode for any card number (browser needs JavaScript enabled, only tested on Chrome):
Note: To generate barcodes for the second set, “South African Super Animals” just add 108 to the card number.

If you print it on normal paper you can fold the paper in half to make it a bit sturdier to scan. 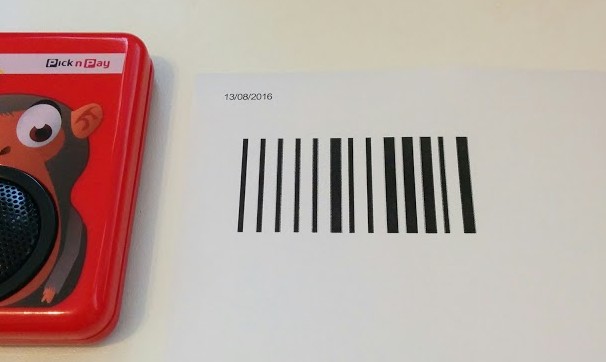 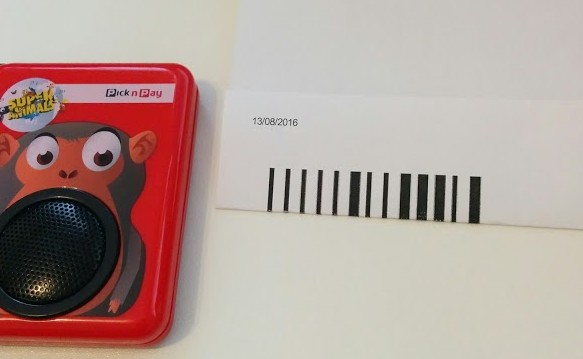 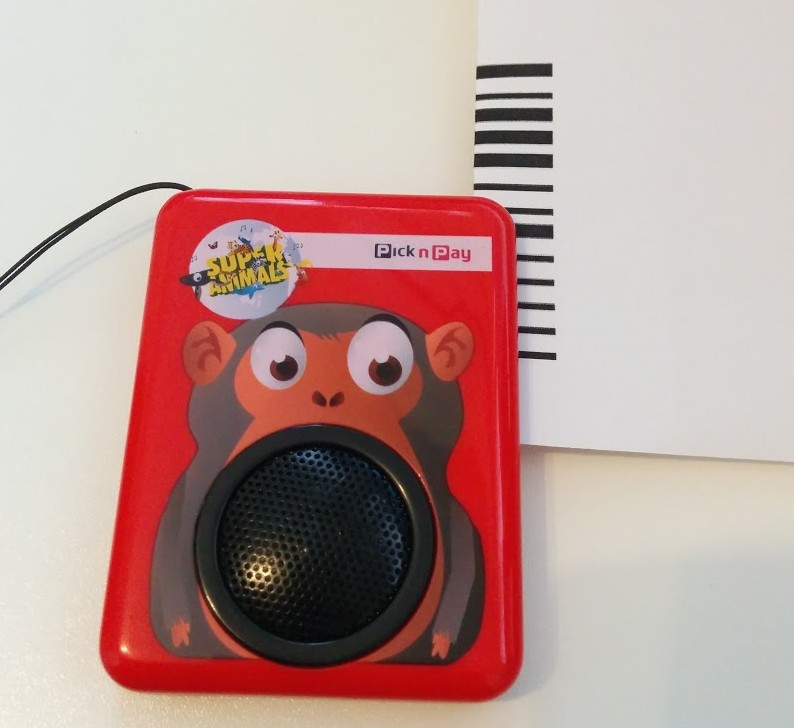